We The People Don’t Matter! Sit down and shut up.

You, the ordinary worker bee holding down a part-time job because you can’t get a full-time job, or you can’t find decent employment, or maybe you’re killing yourself working two jobs in an attempt to keep your head above water in this economy, don’t matter.

Your opinion doesn’t mean a thing and certainly your vote doesn’t matter.  Regardless of whether or not you’re a citizen in New Hampshire, South Carolina or now Nevada, the votes that were cast in those recent GOP caucuses and primaries simply don’t matter. They just don’t. I don’t know how else to break the news to those folks or future voters in any other states, including us here in Kansas.

Sorry, just calling it as I see it.

That’s the way it is unless you voted for anyone BUT Donald Trump and then, of course, your vote and opinion does matter. Understand, your vote in the GOP race only matters if it aligns with the so-called pundits and establishment figures because – you need to understand this –   they know what is best for you and me and let’s face it, they run this joint anyway, don’t they?

Does the mere insinuation of that scenario get your blood boiling? Boy, it sure does mine. As a matter of fact, it really – Dave, be professional here and say it nicely – makes me upset.

It does, because, there is this little-known document out there somewhere which is sometimes being trampled on that says something like “We the people of the United States …” and that document clearly states the contrary.

That document, obviously the U.S. Constitution and Bill of Rights, was specifically designed to make sure the opinions, rights and votes of the citizenry absolutely mattered.

That, in fact, your voice and vote is first and foremost in importance.

No doubt, this election cycle is extremely unusual and it is certainly not the typical animal we have seen in a very long time. There are many reasons that have led our nation to this point, but that is not the issue I am addressing here.

These experts dismissed him early on. Said he was a fluke. Remarked that those who follow him are intellectually challenged and of the worker bee class. That he would not last, a mere flash in the pan.

But they were wrong.

They weren’t listening. They didn’t hear the slow, building roar, the sound of a freight train coming. They refused to listen and acknowledge the reality of what Trump was tapping into and representing.

They didn’t hear the voices of the disgruntled and now they refuse to accept the votes cast in the ballot boxes.

The establishment is now waging an internal war against Trump because he is not one of them and because of the number of votes cast in favor of him. They are desperately trying to find a way to derail him because he refuses to bend to them. He continues to talk about issues they don’t want to talk about. He challenges a broken system that has failed the citizens of this country for too long and he is someone who doesn’t play their games.

The establishment doesn’t like him because even though they are in the same tax bracket, he doesn’t talk like them. He talks like a regular middle-class Joe and Jane – like you and me. He talks about winning instead of losing across the board, something Americans like to do.

Those people see Trump, a fellow Republican presidential candidate who has now won three states in a row, as the opponent.

He is the enemy, not the power hungry, non-truth telling, progressive liberal, national security nightmare Democratic nominee who will continue the dangerous course this country has been on for the past seven years – Hillary Clinton.

It is irritating because these pundits and the establishment folks have their eyes and ears closed and refuse to hear the voices of the voters in the hinterlands of America. They ignore anyone outside the bubbles of Washington, D.C. and New York City. They will only rally around a candidate who thinks like them and to which they can ultimately control. 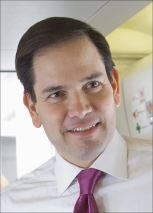 Don’t get me wrong, I am not saying that all conservatives should vote for Trump. You and I should vote for who we believe in. That is our right and I strongly encourage everyone to exercise that right March 5 and then in November.

I am saying that it is wrong to ignore the votes of those people who believe in Trump and the movement he has initiated just because he is Trump, because he is not one of the regular politicians and who the establishment dislikes.

The pundits and establishment cronies are disrespecting all of us by discounting the votes of the citizens. They are saying to all of us that they are in control, we are not and to sit  down and shut up!

In the end, one of these candidates will be the GOP nominee and I hope and pray that all Republicans will rally around whoever that person is and then in November the voices and votes of the people will be heard.

Viper One Six – Out.

2 Responses to We The People Don’t Matter! Sit down and shut up.