Fifteen years ago today on 9/11/2001 – symbolically referred to as 9/11 – our sacred country was attacked by Islamist Terrorists who we all know commandeered airliners and flown them into the World Trade Center – Twin Towers – in New York City, the Pentagon and into the ground in Pennsylvania. That day, those attacks and the events that followed since then has unmistakably changed our country, our lives and the world we now live in. Today, we remember and pay tribute to the 2,977 innocent lives that were lost during those attacks on that early September morning. 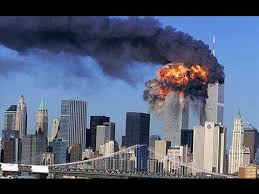 were old enough to witness the events that unfolded that morning then you probably recall the masses of people – victims, bystanders and witnesses – that were running, quite literally, for their lives away from the Twin Towers. In New York City, the live TV cameras and still photographers captured the ghastly images of men, women and children attempting to outrun a cloud of dust and debris. 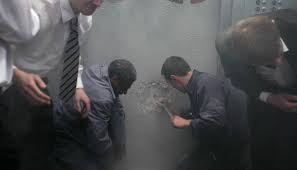 These images are seared into our minds and rightfully so.

There were other actions taken by people during each of these events and in the immediate aftermath, some of which were also captured on film. In Lower Manhattan, you may recall seeing First Responders – police officers, firefighters, medical personnel – rushing towards the epicenter of the attack. These people were actually entering the first tower while it was in flames and its superstructure was beginning to give way.

These brave men and women were desperately running up stairwells, floor after floor, against a flood of humanity who were desperately trying run down the very same stairwells. The dichotomy of those opposing actions – natural to each – was very real and very visual. Those opposing and contradictory actions captured that grave morning represented then, and continue to do so today, the very nature of a First Responder. 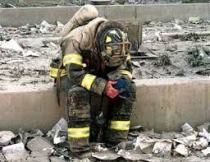 The question, though, is why?

Why do First Responders run towards danger, towards a potentially lethal situation when others flee? What are the conscious and unconscious decisions those people make in the initial seconds of an unfolding disaster, an active shooting situation or when a building is engulfed in flames? Who and what type of person does that?

I’m not a medical professional so I can’t answer the question from a psychological perspective. However, I have been around a fair amount of police officers, firefighters, EMTs, soldiers, Marines and special operators for over 30 years and believe I may understand their mentality a bit.

I believe there are several, maybe many, factors that a person unconsciously relies upon when facing an unfolding dangerous event. These factors are so significant and powerful that they influence the natural fight or flight reactions of the human psyche. I believe training, confidence and sense of duty are the top three factors. Additionally, I think that these three factors work collaboratively and, as such, overwhelming influence an individual’s actions or inactions.

Obviously, the level of training an individual possesses has a profound effect on professional competence. Adequate training provides the foundation for abilities and subsequently capabilities. Adequate and continuous training removes doubt from the individuals mind as to whether they can accomplish the task at hand.

Training leads to confidence. With the knowledge that one can perform a task or a scope of tasks enables a person to attempt and succeed at the task.

n 9/11/2001, we witnessed the unmistakable bravery of our police officers and firefighters as they ran into exploding buildings when all hell was breaking loose. In Dallas this year during that horrific terrorist attack we witnessed scores of police officers running to the origin of sniper fire as fellow officers were falling next to them. We saw officers literally using their bodies as shields against sniper fire for complete and utter strangers.

Firefighters across our country on a daily basis respond to buildings that are fully engulfed in flames and, against all odds, bust through walls, climb crumbling stairs and enter a bedroom to rescue a child – not their child but a child of a stranger. 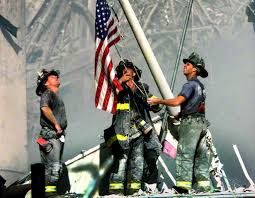 These brave men and women do these incredible things – acts – every day of every year. Hundreds, if not thousands, did so on 9/11/2001 and the days and weeks following. These heroes will do it today and tomorrow and the day after. They will continue to put their lives on the line for you and me with absolutely no reservation, with no second thought, regardless of race, creed or color of the people they serve because they are highly trained, confident and hold dear a very strong sense of duty.

Please, join me on bended knee, and pray for the continued Blessing of Protection for all First Responders across America who sacrifice and die for all of us every day in America.

May God Bless all those thousands of police officers, firefighters and other First Responders that have died as a direct result of responding to the call for help that early September morning fifteen years ago today.