Call to vote not violence

Did you catch the latest re-run of Columbo? How about the Andy Griffith show? I ask because that’s about all I’ve been watching for some time now to include early Christmas shows on the Hallmark Channel. All of which I do enjoy.

But when you get to that point, I think it is fair to say that you’ve just about had enough of the junk that’s on TV, specifically the overtly biased so-called “news outlets.”

Of course it’s not news anymore. It’s not factual information that a professional reporter relates to the public so the public can be informed. No, the days of Walter Cronkite are far over and in past history.

We are now involved in Information Warfare (Info War), Psychological Operations (PsyOps), and straight out propaganda.

The problem with the aforementioned activities is that their design is to stir the populace into action and often times into violence. This is the objective of these types of operations and, unfortunately, I fear we are seeing the results of the activities right before our eyes.

The obvious questions are: Where does it all end? What is the objective of the PsyOps and Info Wars that is being perpetrated upon the American public? In what manner does all the pent up frustration fueled by all the propaganda present itself?

Does it drive people to voting booth or, as apparent violence proponent and far-left actor, James Cromwell, said recently to the point of “blood in the streets?”

Now just think for a moment how absurd and irresponsible it is to make a statement proposing “If we don’t stop [President Donald Trump] now, then we will have a revolution for real. Then there will be blood in the streets…” as Cromwell Tweeted did a few days ago with the nationwide coverage. Cromell, J (2018) Twitter.

Is that what we really want in this country, all out riots and blood in the streets? All because of differences in opinion? Really, is that what people want and is that the new normal in America?

Has everyone sincerely and honestly thought this thing out? Have the politicians, the rhetoric machines, the political action groups, the community action groups, and the elitist facilitators seriously thought out the end game of all of this propaganda?

Do they think that once the doors blow off of this gig that they can rein it in? It’s really time for all this hatred to stop. Because once the doors fly open, the real ugliness of humanity presents itself.

This should not even be a discussion in this country. It is difficult to even put pen to paper to address this. This is not how we operate in this country. There are many people in this town, myself included, who have witnessed firsthand what happens to a society with the fabric that is holding the fragile social structure together is torn apart. Folks, it’s not pretty. In fact, it’s scary and absolutely ugly.

Are we prepared as a nation and as fellow Americans in 2018 to hurt one another because of disagreements of ideas?

There are many, many outspoken activists who seem to think that the concept of stirring the citizenry into a frenzy is somehow a means to an end. I suppose it is if you like violence. But do these people think that while they sit back and watch society be destroyed that somehow they will be spared? That violence will not visit their door step?

I don’t think that the agitators in our society today have any realistic idea of how serious this is in and what they’re doing. They are so filled with absolute hate that they have lost all semblance of reality.

Is this how it’s going to be every election cycle?

Will the new norm be that anyone seeking to serve in office get their family’s lives ruthlessly dragged through the mud and destroyed?

Is that where we are headed?

I could go on and on, but friends, is this what we want in America? Is this the America we want for our kids and grandchildren? I hope and pray with vigor that it is not because chaos and societal destruction is not pretty and it takes a lot to come back from it – if ever. 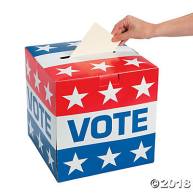 Please exercise your right to vote for whomever you want to. That is your right. Please be an advocate of civility, of peacefulness, and respect for others. Engage in civil dialogue and, above all, respect the Rule of Law.

America is truly a great nation filled with great people who have led the world through tough times. Let’s come together to lead ourselves through this tough time in our nation’s history.

Also visit http://www.outsidethewireinblue.com and order your 1st edition hard cover edition of my new book that I have co-authored with JT Taman.

1 Response to Call to vote not violence