I am writing to you this day from my U. S. Coast Guard office at Sector Headquarters in Wilmington, NC where I am thinking about the upcoming Veteran’s Day holiday. My weekend Drill holds special meaning in that I have the complete honor to be “in uniform” this weekend serving my beloved country. What a honor it truly is to serve this great nation – the greatest country on earth!

Some thoughts: At breakfast this morning, while minding my own business but in full military uniform, an unknown gentleman approached me and said, “Thanks Chief for your service.” I thanked him and we conversed for a bit as he had served in the U.S. Navy for a time.

From there, I arrived at my office and completed the final touches for the promotion ceremony for one of my crew members who had chosen the USS North Carolina as the venue for his promotion to First Class Petty Officer. What a beautiful and majestic North Carolina Class Battleship she is and a great place to conduct such a ceremony.

Later on, during a much needed mid-morning break, I had walked up to the corner store to buy an energy drink. As I stepped up to the counter to check out, a lady – a total stranger – asked if she could buy the drink for me. I initially refused, thanking her just the same. For me, as I imagine for many veterans, it can be a little awkward to be the recipient of such generosity from a total stranger, especially as in this case, there was about ten other people waiting in line. The kind woman insisted by playfully grabbing my drink, placing it on the counter, and saying, “I want to thank you your service.” Humbly, I thanked her for her thoughtfulness and kindness all the while wondering what I could say to her in return, my words falling short.

During our brief conversation, she remarked that her entire family had previously or is currently serving in some component of the military and therefore she knows firsthand the sacrifices made by military members and their families. Those comments somehow made me feel even more unworthy of her kindness and eventually, we said goodbye, wished each other a great day, and went our separate ways.

I have been serving in uniform since 1981 when I first enlisted in the Marine Corps and found myself standing on the yellow footprints at Parris Island, S.C. Since then, I have had the distinct honor and privilege to serve in two service components; on active duty with the “Always Faithful”, Marine Corps, and in the reserves with the “Always Ready”, Coast Guard.

In 1981, when I joined the Marine Corps, public sentiment wasn’t terribly negative toward the military but it wasn’t overly positive either as the effects of the Vietnam War were still lingering in our society. Because of this, we Marines, never wore our uniforms off-base as we tried to blend into the community in an attempt to avoid unnecessary attention.

Nowadays there is generally a positive sentiment toward our veterans and acts of random kindness such as simple inter-personal incidents, like I described above, to full-scale national programs is common place. My shipmates and I routinely walk around Wilmington near the Cape Fear River where the USCGC Diligence is moored and find ourselves the recipients of “thank yous” from passersby.

No doubt, public sentiment changes over time and is commonly based on current events, societal views, and the collective experiences we have as individuals and as a nation. When we win wars, as we did in WWI and WWII, or unified as a nation as we were soon after 9/11, veterans are praised and public sentiment is generally positive.

Unfortunately, we as a nation have not always appreciated all of our Veterans, specifically, those who served during the Vietnam War and the Forgotten War – The Korean Conflict. These Veterans need to know how appreciated and loved they are for their service to our country.

I have to express another issue that is weighing on my mind this morning. Yes, I know the difference between Veteran’s Day and Memorial Day and I know you do as well. With Veteran’s Day being the day where we honor our veterans who are alive and who have served or presently serving and Memorial Day being a day of remembrance for those warriors who sacrificed their lives for our great country.

But this morning, I am thinking of the soldiers killed in Afghanistan with the most recent being U.S. Army Major Brent Taylor from the Utah National Guard. Major Taylor was unfortunately Killed In Action November 3, 2018 while serving in Afghanistan. Here was a man – a citizen, public servant, warrior, and patriot – who lived a life of service dedicated to this country and his community. Major Taylor not only served in uniform but served as the Mayor for the City of North Ogden, Utah and he is the epitome of all that is good in America, the good in individual Americans and what “serving one’s country” truly means.

What is the point of this blog? I guess it is, thank you for your appreciation of our Veterans this weekend. It means a lot to us even if we don’t always know how to receive the attention – as I do. Don’t stop random acts of kindness for our Veterans who sacrifice so much for our country each and every day. Don’t forget their spouse and families too. It is very much appreciated.

However, if you can or want to do more then please reach out to a Veterans organization of your choosing and support their efforts to help those who are suffering from life altering physical injuries and the terrible effects of Post-Traumatic Stress Disorder (PTSD).

These veterans and their families need our love and support as they struggle with their lives after laying everything on the line for us as defenders and warriors of this great nation. Unfortunately, we are losing far too many of our Veterans to suicide each and every day.

This November 11th 2018 at 11:00 AM we will celebrate the 100th anniversary of the end of the Great War, the war to end all wars – WWI – Armistice Day. If you happen to be in the Kansas City area, do yourself a favor and visit the WWI museum located downtown and immerse yourself in the rich history this museum offers and partake in remembrance of this significant event in our nation’s history.

Lastly, never forget we are all in this together and we truly do need one another.

to check out our site and buy our new book Outside The Wire In Blue. 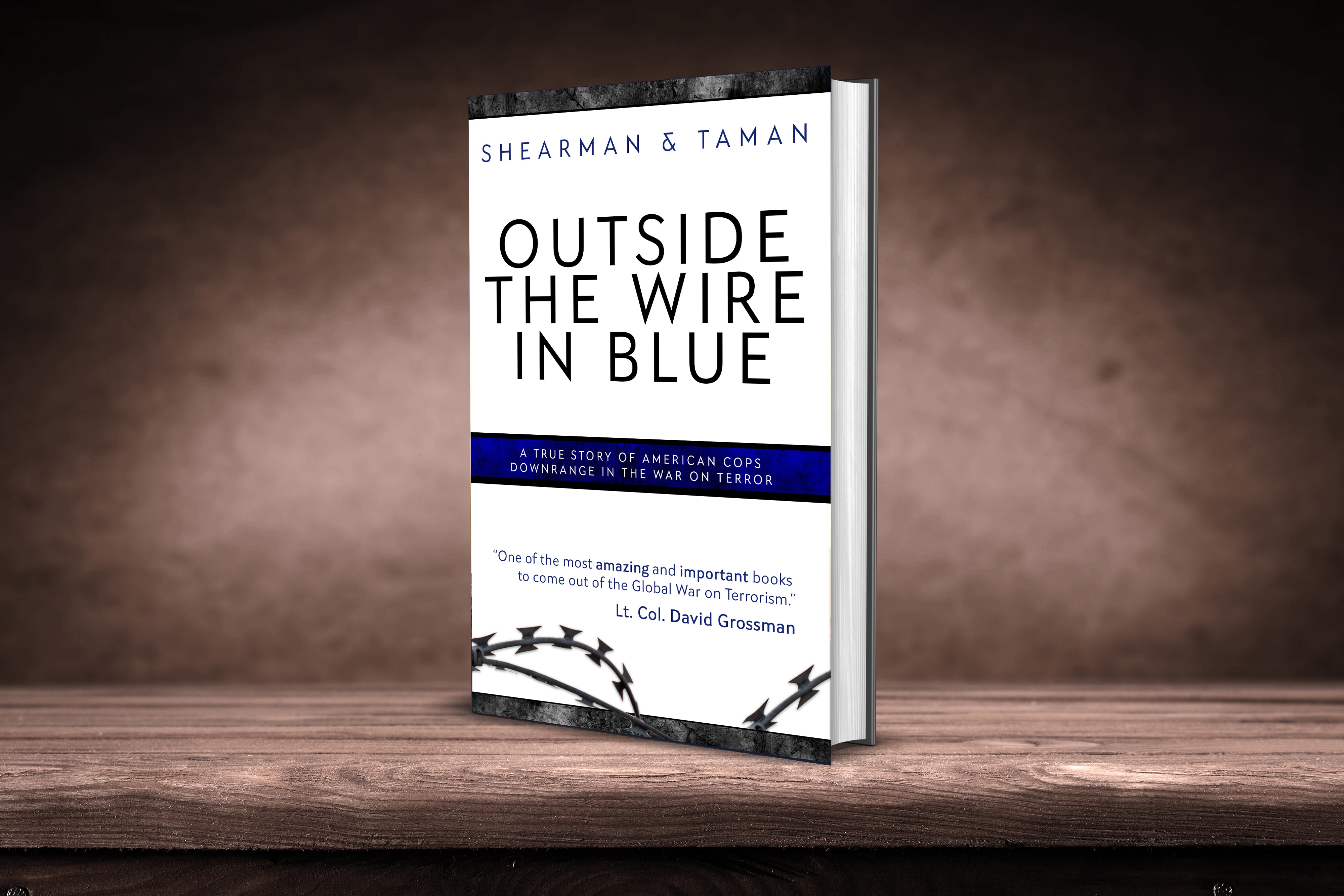 This entry was posted in Military. Bookmark the permalink.